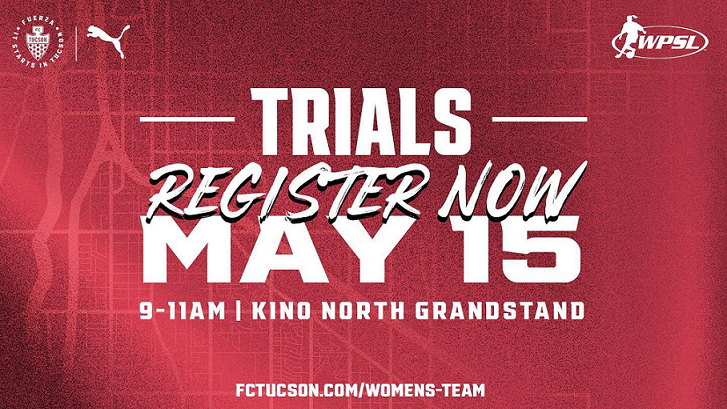 The defending WPSL Desert Conference champion FC Tucson will begin its ninth season in 2022 by hosting its annual open tryout for interested players.

FC Tucson enters its third year under head coach Kelly Pierce, who recently guided Salpointe Catholic High School to its fourth 4A state championship in her five years at the school where she won two state titles as a player. FC Tucson is unbeaten in its last 12 matches (10-0-2) dating back to June of 2019.

There is a non-refundable signup fee for $30. Fees can be paid online or in person at the trial. All participants will receive a FC Tucson t-shirt and a ticket to an FC Tucson Women’s game.

FC Tucson is coming off the heels of its undefeated championship winning season, and looks to discover local youth, college and adult talent to kick-off its 2022 season.