You are here
Home > Board of Directors

Gene is a Tucson native who played soccer as a child with a PCJSL club as well as serving as a PCJSL Referee as a teen. Using his soccer background and F License, Gene has coached his daughter and son’s U6, U8, and U11 teams in the Tanque Verde Soccer Club and with NYS.  Currently, he is the Vice President of Sales and Marketing for CompuGroup Medical.

As the only founding member of PCJSL still active from the beginning of PCJSL in 1974. , Detlef Lange has returned to the PCJSL board for his estimated 8th term. As 42 year volunteer coach, as well as state board member, District Commissioner , PCJSL President and Vice President, club official, as well as referee, referee assessor, and referee instructor, Detlef is proud of his service to the Tucson soccer community. His wife Sally is still active as a club registrar also. Their 3 grown sons all participated in PCJSL, usually with Detlef as their coach, and Sally as the team administrator(used to call them Moms). Detlef still coaches through the Ft Lowell and Tucson Mountain Soccer CLubs, and still plays when possible, in the Tucson Metro Soccer League, which he also was a founding member of in 1976.

Longtime Tucson resident Charlie MacCabe joined the board as VP of Competition in 2018. Charlie played collegiately at Brown University before embarking on a lifelong coaching career that includes stints in youth, high school, college, and adult amateur soccer. He has a USSF “A” license and is one of the founders of the Tucson Soccer Academy (now FC Tucson Youth), where he has served on the board of directors since its inception. Since 2001, Charlie has also taught geography, history, and political science at Pima Community College. More recently, he has been a volunteer with the International Rescue Committee mentoring refugee families. He has always had a keen interest in seeing soccer evolve in Southern Arizona and giving boys and girls from all backgrounds an opportunity to play.

I have been active in many different areas of soccer for the last 18 years. I believe that youth sports – and especially youth soccer – provides many, many positives in our lives. Youth soccer not only kept my family close; it brought a wonderful new “son” from Mexico City into our lives. It has enriched my life and the lives of my children (now all adults) with many friends, many experiences and many life lessons. Away from soccer, I am the creative director at Brandt Advertising. My current role in PCJSL is registrar and it is very gratifying to see new families register and enjoy the PCJSL soccer experience.

Born in the Bronx, New York, Jon Pearlman brings 26 years of coaching experience, 24 in Tucson, as well as 11 years of USL coaching and management experience. As FC Tucson’s head coach, GM, and Director of Soccer Operations, Pearlman has helped 14 players realize their MLS dream and dozens more advance to the USL Championship.   He is a 1996 graduate of Union College in New York (Political Science) where he played 4 years, captaining the Fighting Dutchman his senior season.  He earned his teaching certification from the University of Arizona in 2000.  Mr. Pearlman has his USSF “A’ License and has worked for the last 11 years with U.S. Soccer as part of its youth national team scouting network.  He is married to Shannon Pearlman, and has 3 children Nathan, Hannah, and Ella. 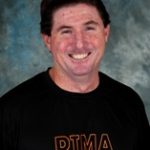 Larry has been a referee in Tucson since 2002 and has refereed well over 3,000 soccer matches in youth, high school and adult leagues in Tucson and throughout the state of Arizona. He is a certified USSF referee instructor and he was recently appointed by the Arizona State Referee Association (ASRA) to be the area director of referee instruction for the Tucson area, instructing entry level referees and recertifying referees annually. Furthermore, Larry is a USSF certified referee assignor and assigns TSA In-House recreational games, the CDO Challenge Cup and the TVSC Indoor Cup soccer tournaments. Additionally, he is a USSF certified referee assessor and coaches referees at all levels of competition statewide. Larry retired from the United States Air Force as an A-10 instructor pilot in 2002 and still works as an A-10 Instructor/Subject Matter Expert as a civilian contractor at Davis-Monthan AFB.