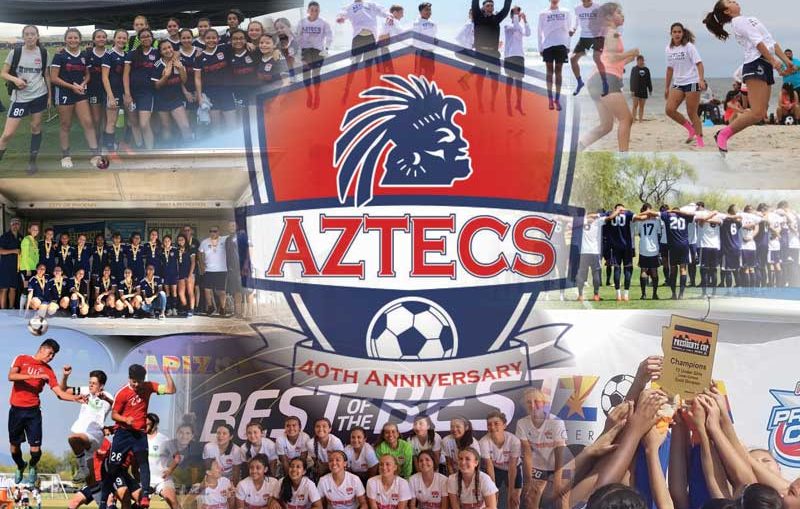 “The Tucson Aztec Soccer Club was founded in the 1970’s, on the far west side of Tucson, at Menlo Park.  It was built on the value of developing each player into a competitor.  The club has served the west side community for 42 years where our community ties and rich history continue to be a draw for players and families.  In keeping with the community focus set forth by the founding president, Bebo Lopez, the club has continued as a volunteer program.  Many of the coaches are returning Aztecs players that contribute their time for the love of the game and the environment in which they, themselves, were developed.

As we continue to make the player experience and development, the top priority, we have chosen to join forces with Real Salt Lake-AZ Southern Arizona. This will provide an environment where each player can reach their potential while benefiting from the strength of two exceptional programs. We look forward to what the future will hold for our players and families.“ -Rene Yebra, Tucson Aztecs.

Starting this year, Tucson Aztecs competitive teams will play under the RSL-AZ Southern Arizona badge. With that badge, these local kids now have pathways to the highest levels of youth soccer in the country for both the boys and girls. As part of RSL-AZ, coaches will be provided with resources, curriculum and training sessions from Real Salt Lake Academy staff along with access to coaching education reimbursement programs.

“Having known Rene and the Aztecs program for many years, it is an honor to have them join RSL-AZ Southern Arizona. The Aztecs have always been a player first club and we are happy to have a great group of like-minded coaches and families joining our ranks,” – RSL-AZ Southern Arizona Technical Director, Bel Haouala. We are extremely excited to help build new opportunities for players, coaches and the greater Tucson soccer community.