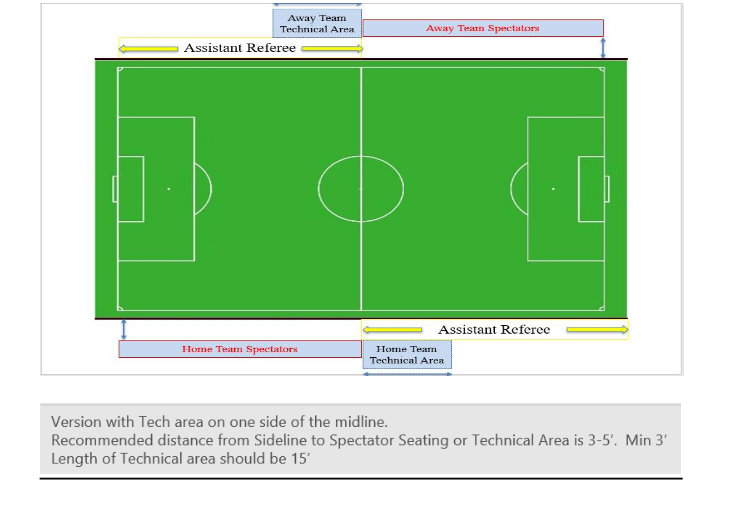 Due to the continuing decline in sideline behavior and conduct, the seating arrangement for ASA Advanced Leagues will change effective immediately. The PCJSL Board has also decided to implement this new seating arrangement starting Saturday, February 22, 2020.

Coaches and Clubs must be directly responsible for the behavior and conduct of their team’s spectators. Coaches will now be on the same sideline as their spectators so that they can directly address any foul language, referee abuse, poor or irresponsible behavior. This close proximity will allow coaches to be more active in ensuring proper behavior takes place.

On a weekly basis, ASA and PCJSL staff have witnessed, had incidents reported to, and have directly been involved in altercations, arguments, and/or blatant disregard for the ASA Code of Conduct Policy. While not all incidents will be resolved with a seating change, we strongly believe, based on feedback and best practices from around the country that this will reduce the frequency and opportunity for incidents between spectators/parents as well as referee abuse. The hope and expectation are that this change will not only improve spectator behavior but also provide improved opportunity and an easier ability for coaches and team officials to take greater ownership of the behavior of their sidelines.

We all play a role in improving the behavior of those attending youth games. We all must work together to create a better experience for players, parents, coaches, and referees. The seating arrangement will be in effect for all ASA managed events, PCJSL games, and is recommended for all tournaments.

Seating arrangements alone will not fix our issues. There must be a true partnership between ASA and its member clubs. We ask that this change receive support from each and every Club and that you assist us in not only getting this message to our coaches and parents but also in ensuring compliance for all of your teams.